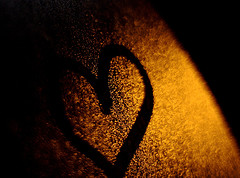 A few years ago I got the idea in my head that I needed, as a self-respecting music snob, to own at least one Neil Young album. I bought Harvest Moon, which has classic songs like “Old Man,” “A Man Needs a Maid” and yet another song that would put him at odds with the entire South called, “Alabama.” Probably the most well-known song off this album is the sentimental “Heart of Gold.” Here are some lyrics:

I wanna live; I wanna give; I’ve been a miner for a heart of gold

And I’m getting old.

The lyrics ramble around up and down I-5 in California, which is apparently the best place to look for a heart of gold, but wouldn’t you just know it? The end result is not a successful search but a man who is growing old.

The Divine Search for a Good Heart

It seems like God did the same thing, too. Psalm 14 has a somewhat strange picture: 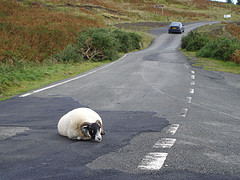 God sticks his head out of heaven. He looks around. He’s looking for someone not stupid- one man, even, God expectant, just one God-ready woman. He comes up empty A string of zeros. Useless unshepherded sheep, taking turns pretending to be Shepherd. The ninety and nine follow their fellow.

It seems that the Hollywood to Redwood search Neil Young conducted is an accurate sampling of the population after all. God himself is still searching around for one of us with our head screwed on straight. Even the Omniscient One comes up nil on the “heart of gold” search. There are some days I get this and there are others, well, that I guess it is my turn to play shepherd.

If you are unfamiliar with sheep and shepherds, the point is that sheep make for some poor shepherds.

And yet we continue our search for a heart of gold. We look around and we have to constantly come to the conclusion that our heroes are a bit less-than-heroic. Our presidents have a long-standing history of cheating on their wives- no heart of gold there. Our sports-legends have been taking steroids for years to get ahead- so few role-models. Many of my friends would never dream of putting their father in the title of “hero.” Even William Wallace himself (or at least as we know him) has shown us time and again that there is no hero after the word “cut.”

And as if this were not bad enough, how many of us have grown up in churches that have seen our pastor’s double-lives exposed? In my twenty years or so growing up in the church, I have seen this so many times. The pastor who baptized me was addicted to gambling and lost his wife. Another had an affair with a woman in a thriving church that he and his wife planted. Another who I worked with became addicted to hard drugs while he served as associate pastor in our congregation. Add to this list the number of church leaders in our sex-addiction community who have had their double-lives exposed and our search for a heart of gold- for a hero- becomes laughable.

If you want to search for somebody with a heart of gold, be prepared to grow very, very old and disappointed in your search.

But I am sure you will object- oh, not right now, but sometime in the next few days- I am different. I am not that bad. God may have to save me by his grace but I really wasn’t a hard case for him. In that moment you have become a “miner for a heart of gold,” thus identifying yourself- closer than you would feel comfortable- with Neil Young. Our survey of the rest of the heartless, broken people has come up short so we dig down deep. We honestly believe we have better hearts. How do we know this? Of course! Our hearts tell us! How could we possibly go wrong?  Suffice to say that God says our hearts are desperately wicked and deceitful in every way. If your heart tells you to go it is probably in your best interest to stay.

It may sound strange but your heart, above all other people, forces, bosses and devils, hates you. You really are your worst enemy. You and I do not have hearts of gold.

And do you know what else? Jesus never claimed to be a hero either. He never claimed to have a heart of gold. He did not come from another planet and swoop in to save the day. He is different. Have you ever noticed how many times throughout the Gospels Jesus points to his Father? Do you remember what he says in John’s story?

I can do nothing on my own. As I hear, I judge, and so my judgment is just, because I seek not my own will but the will of him who sent me.

Jesus- who is God in the flesh- does not trust his own heart. He is not a hero. He is a listener. He is a hearer. He is a submissive Son.

The world is full of would-be-heroes but we are not made for that. We are made to hear our Father. You do not have a heart of gold, and nobody does. Self-reliance in every form is the staunchest enemy against both God and self.

Be who you are made to be. Don’t resolve. Listen.