A Reflection for Holy Week: Is Theology Reading, Living or Dying? 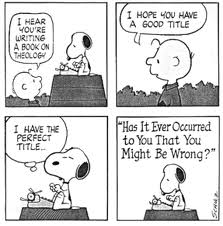 We theologians are famous for missing the point. Oh, we love to be embroiled in a controversy of whether or not God selects us before we select him, but we oftentimes run right past the starting point and forget to remember our basic problem: our hearts are dark.

The fact that we miss that point may be the most disturbing part of my calling into this realm. There is a distorted detachment from the concepts we wrangle about in seminary and the people we are sent to care for in the first place. The more I think about it, the more it becomes devilishly chilling to make abstract the things of God. They all relate to the human soul. Theology is not a matter of who wins the next theological controversy. It is about how we live our lives. It needs to be that and nothing less. Consider my new friend Dr. M. Scott Peck’s words as he approached the problem of evil:

It is presumably clear, then, that in encouraging us toward the development of a psychology of evil, I am talking of neither a study of evil in the abstract nor of an abstract psychology divorced from the values of life and liveliness. One cannot study a disease without the intention to heal it, unless one is some kind of a Nazi.

I shudder even as I copy those words. At Auschwitz, we now know that doctors studied the human body- but to what end? Healing was the furthest thing from their minds.

As I think about the cultural landscape in the church (and I’ve been uniquely blessed to know a multitude of exceptions to this rule), I cannot help but be nauseated by our willingness to approach the things of God with an eye only toward diagnosis. We are content to leave the “world” “out there.” Sinners are not allowed in our midst because we haven’t the first idea how to move them toward the medicine of the gospel. Do you find that hard to agree with? Consider this scenario:

Joe and his family had been praying over a city in which to share the gospel. He quit his job and moved into the suburbs. The citizens of the city had heard about the message of the gospel before, but the had only heard of a god who hated their misdeeds. They already had a council of gods that hated them for their wrongs, so Joe’s God became lumped in with the others. The very idea of grace had no basis; it had no previous examples. It seemed weak and irrelevant. The people only understood the bad news- but then again, they already knew that.

One day, the people had enough of the story and murdered Joe in broad daylight. They had not heard the message.

At this point in the story, what would you expect? What would you want? I would want blood. Although Joe is a figment of my imagination, I still want to stand up for his rights and smash these cruel citizens to bits. I have diagnosed these people as evil, horrible wretches. Darkness has overwhelmed this people.
And I wonder what would happen if this happened in Seattle, or New York City, or Birmingham, or Miami. How would the church respond? What would the theologians say? Would we stop at a diagnosis? I am afraid we would. But there are two stories that break the flow of this story. The first is the story of Jim Elliot. 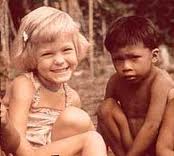 Elliot had left college and set out for a people in Ecuador to tell them the story of Christ and to invite them in to his life. Elliot and his four coworkers were killed. We all know this story well. The wives of the five murdered missionaries returned, with their families, and lived among the people. The message of their forgiveness and continued love for a murderous people changed the history of that village and speaks to us still today. A people who had no previous story of grace were now receiving one. The story came in loud and clear.

The second story is the one we celebrate this weekend. God, in Jesus, having entered in to life together with his people, was murdered. He had come telling us of grace but our reaction was violence. On Thursday, we reflect on his arrest. On Friday, we mourn his crucifixion and confess our guilt together as we say “crucify him, crucify him.” On Saturday we sit with him in his death as we thank him for taking on our hell. On Sunday, we celebrate his resurrection.

These are two stories of theology done right. This is what Martin Luther meant when he said, Living, or rather than dying or being damned make a theologian, not understanding or reading or speculating.

As theologians, we are in the practice of curing souls. Are we willing to face death like Elizabeth Elliot or step into the judgment of Christ for the culture around us? Or will we detach head from heart and study souls from a distance? One will lead us to the heart of Christ, to love and compassion for our enemy; the other will lead us to detached dehumanization. One will mobilize us to take on the gates of hell; the other will damn us to death by our own hands.

To be perfectly honest, I cannot tell you what this should mean to me, let alone to you. But this weekend provides us with yet another opportunity to dive further into the heart of Christ for his people, near and far.

To what end do we study the things of God?
Will we be bold enough to be willing to ask the question?

One response to “A Reflection for Holy Week: Is Theology Reading, Living or Dying?”