Toward the end of his life, Dietrich Bonhoeffer wrote about his changing friends. He had grown up in a wealthy family, and had been a part of what we might call a bit of a “Christian bubble”. He was educated in a seminary, worked in churches and was involved in committees and councils. The majority of his early life was lived around Christians. But as he sat in prison, an enemy of the state nearing forty who was awaiting news of his own fate, Bonhoeffer wrote to his best friend, Eberhart Bethge, of his changing preference.

I often ask myself why a ‘Christian instinct’ often draws me more to the religionless people than to the religious, by which I don’t in the least mean with any evangelizing intention, but, I might almost say, ‘in brotherliness.’

The older I get, the more I can start to understand what he was saying. Christians are a weird bunch. 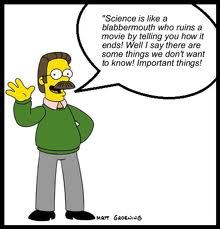 Yesterday I was in a coffee shop with Peggy and a group of men walked in the door announcing, in jest, If anybody wants to be saved, come on over and we’ll pray with you!

As Christians, we are notorious experts at creating our own culture. We speak our own language, we have our own customs and we listen to our own music. There’s nothing new in this report, by the way.

It is all very interesting, but the thing about Bonhoeffer is that he was dead within a year of writing Bethge about his connection in ‘brotherliness’ to those outside the ‘bubble’. We cannot say where his conclusions would have led him in the end. We are different though. We’ll get more than a year to figure out what this means.

How will the world change if it sees the body of Christ break the bubble, live in peace, and work for justice alongside the religionless?

Will we love the God we cannot see by loving the brother we can see? Or will we hunker down in safety from those who would threaten our bubble?

Our answer to that question reveals our focus.
Are we bound to serve our selves or are we free to love our neighbor?