if the son has set you free, you are free indeed. 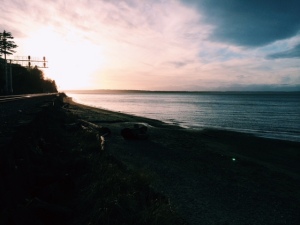 reedom has been offered by God himself; once he has our attention, I expect Jesus to spell out, in 5 steps or less, what it might mean to live as a free man. If I’m lucky, maybe all the steps will rhyme, or at least they’ll start off with the same letter. I can expect that much from Jesus, right?

So it is curious that he doesn’t immediately go in for the kill, so to speak. He doesn’t lay out a formula for living a life of freedom. He doesn’t patiently unpack the new plan of living free. For all the times he gives concrete instruction to his disciples (“follow me”; “go into the city and find a man with a donkey’s foal and tell him the master needs it”; “whoever would save his life must lose it, take up your cross”; “this is how you should pray”), he chooses this time to remain abstract. It’s maddening, isn’t it?

I think maybe his disciples just missed what he was saying altogether. And who could blame them? Two millennia later we still don’t have Jesus’ meaning nailed down.

You know, there is something comforting about the types of commands that were to a specific people in a specific time. We can read the stories of the master calling his disciples and marvel at their obedience without necessarily joining in. We can imagine Jesus telling John and Peter to go borrow a donkey and remain detached. We can even manage to wriggle free from his advice to take up our cross, on the grounds that he is using metaphorical language.

But the beauty of a promise without a prescription is that it leaves everything up to the imagination. What does it look like for Jesus to own freedom, as if it were an intrinsic character trait? And what does it mean for him to give it away freely, as if he were a king bestowing knighthood to a nobleman on a knee?

And what in God’s name does it mean to be “free indeed?”