What Does it mean to be Patriotic in America Today?

I was driving through a small town in Alabama yesterday and couldn’t help but notice the truck in front of me proudly exhibiting a Confederate flag. It had to be over twenty feet wide. For a split-second I wanted to confront the driver, calling out his egregious cloth monument. But, being at least slightly a coward and valuing my own life, I kept my thoughts to myself. And as I caught a glimpse of the man in his sideview mirror I 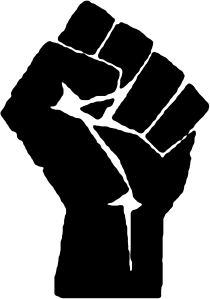 imagined two things which I am nearly certain of now.

First, I imagined that he was a generally decent human being. Flag displays notwithstanding my guess is that this is a man who lives at peace with his neighbors. Of course I could be wrong about this but I could also be right.

The second (correct) guess I had was that he was waving his Confederate flag as an outward expression of his patriotism. It was, after all, the day before the sacred July 4th hotdog eating celebration of our nation (though sans baseball this year what does it really matter?).

Now this version of patriotism is hardly worth debating on its merits. To reduce the argument to its most basic form, if I were to display my love for the New York Yankees by wearing a Boston Red Sox hat you might think I’d gone completely insane. Now, imagine that the Red Sox had once declared an all-out war against the Yankees for the sole purpose of being allowed to own human beings and to continue to extract wealth from their work.

In short, displaying outwardly racist symbolism commemorating a group of fanatics whose hostile cessation from and declaration of war against America is a nonsensical way to embody patriotism toward America.

But this does bring up a question that has troubled me for most of my adult life. Namely, what, exactly does it mean to be patriotic in today’s America?

If we take a basic, simplistic definition, patriotism is a love of and devotion to one’s homeland. And if this is the case, it would follow that this love forces us to acknowledge and reckon with the past and the present, where we are and how we got here because you can’t love what you don’t know.

Failure to acknowledge the atrocities of our ancestors, from the genocide of indigenous people, to the enslavement of African people, to public lynchings to the destruction of Black places of power and influence like Tulsa in the early part of the twentieth century to the likes of Henry Ford and other business leaders enabling and profiting from the Third Reich does not make us patriotic. Ignorance of our own history only blinds us to our place in the present moment.

Each of us knows that love and devotion demand responsibility, accountability and a willingness to repent, to change course. We know this on a personal level but largely resist it on a communal level. And the demands on the streets over the past month are that, in light of our shared history, those in power change course.

Regardless of what may be said in abstraction about protesters the demands are not that history be erased but acknowledged. Not that “Black Lives Matter” be painted on the street but that it be a reality on the street. Not that boardrooms and police units are filled with more people of color but that our institutions be accountable to the community.

In this moment people all over the country and all over the world are standing in solidarity calling us all to imagine something better.

In 2003, the late historian Howard Zinn asked the same question, about the nature of patriotism in an American context. He wrote:

Should we not begin to redefine patriotism? We need to expand it beyond that narrow nationalism which has caused so much death and suffering. If national boundaries should not be obstacles to trade – we call it globalization – should they also not be obstacles to compassion and generosity?

Should we not begin to consider all children, everywhere, as our own? In that case, war, which in our time is always an assault on children, would be unacceptable as a solution to the problems of the world. Human ingenuity would have to search for other ways.

Tom Paine used the word “patriot” to describe the rebels resisting imperial rule. He also enlarged the idea of patriotism when he said: “My country is the world. My countrymen are mankind.”

My own opinion is that, what is preventing us from moving towards this noble goal has less to do with the illogical and offensive waving of Confederate flags and much more to do with what it would cost those in power – both Democrat and Republican – to make the type of changes that would make the lives of poor and working people better. Because whatever differences we have; Black, white, religious, LGBTQ+, conservative or liberal, the fact is that our interests are largely the same.

I’m under no delusions that this will be easy. This moment is showing us in stark, undeniable terms, that our future is bound together. But the longer we buy into the hatred that comes at us, from all sides, it seems, the further we will remain from real, substantive change in our country and our world.

Particularly as a Christian I have a deep well to draw from when I imagine the world as it could be while naming it for what it is now. I have, as my inheritance, what preachers used to call a “prophetic imagination” Thus, I can squarely meet the realities of all the ugliness, evil, genocide, mass incarceration and income inequality that have brought us to this moment. And yet I can still love where I’m from.

But more importantly, I can know that there’s a better world worth fighting for here and now.

Everyday Theology, News for the Day, The Kingdom of God For Us